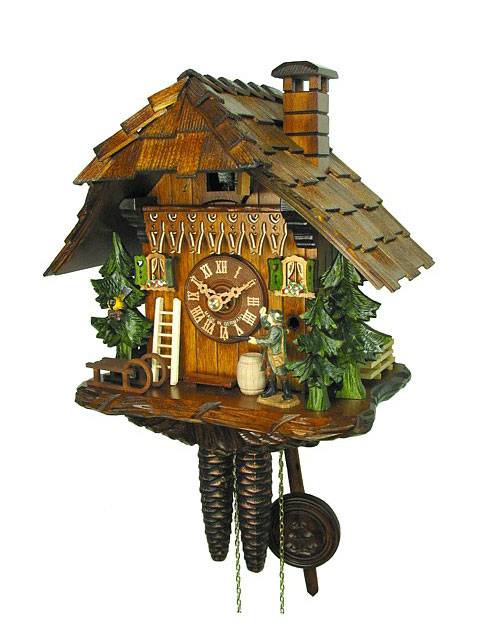 Cuckoo clock in the style of a Black Forest Chalet

£289.00
Product no. 1032001C
Apart from slightly longer lead times, all our manufacturers are now back in production and clocks are being despatched as usual.

A small but well crafted Black Forest Cuckoo clock that depicts a Hunter who lifts his rifle to aim just as the cuckoo calls. The roof design is typical of the Black Forest, low and sloping to the front and to the sides, which copes well with the heavy snow falls experienced in the area. Other decorations include a sleigh, barrel, ladder and Fir trees. The case is finished in antique Walnut. 1 day rack-strike movement with a cuckoo call on the half and full hour. Manual night shut-off. 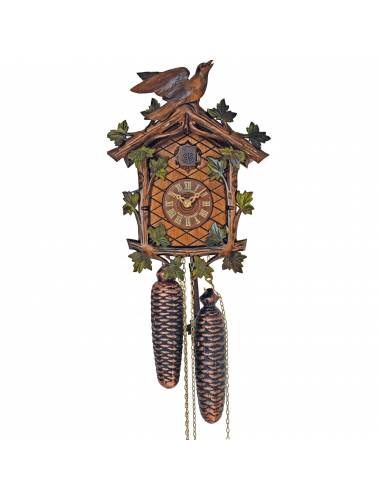 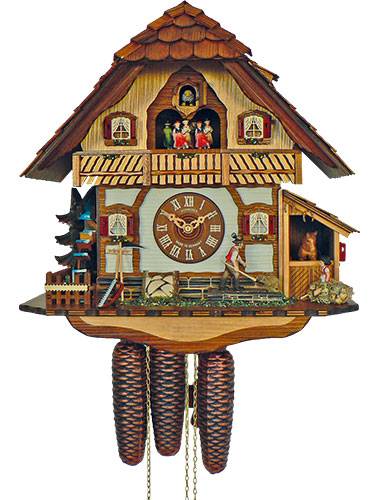 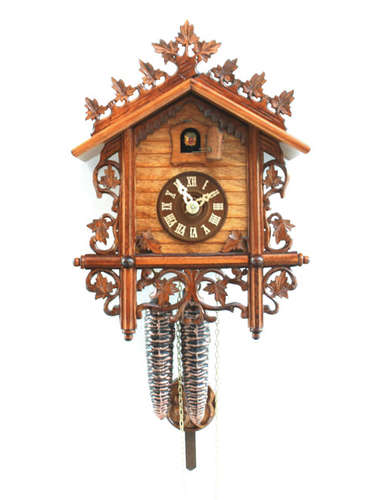 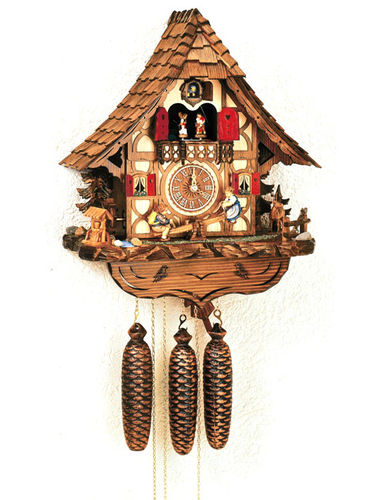