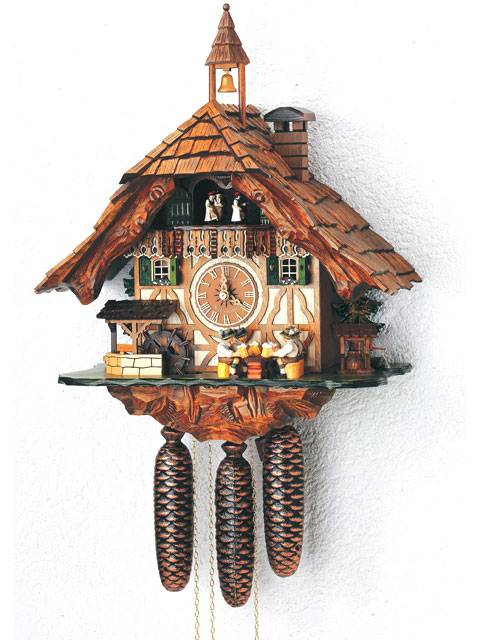 A traditional chalet style Cuckoo clock with detailed carving, featuring two pairs of beer drinkers and a water wheel. Two drinkers raise their glasses as the cuckoo calls, the other two raise theirs as the music plays, and the water wheel turns. The roof is made of hand laid shingle tiles and also features a bell tower and chimney stack. Other decoration includes Fir trees, table, well and mill house. Plays (twin melody) music, with dancing figurines that turn on a platform. 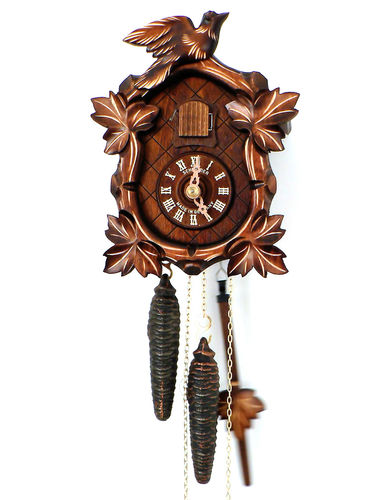 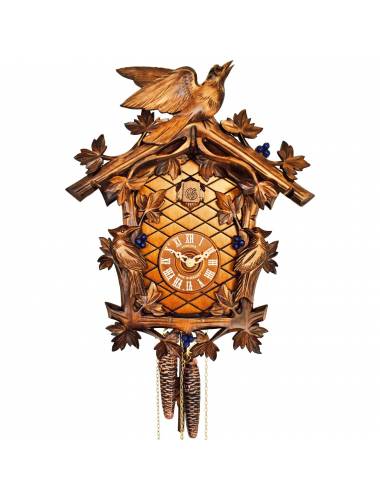 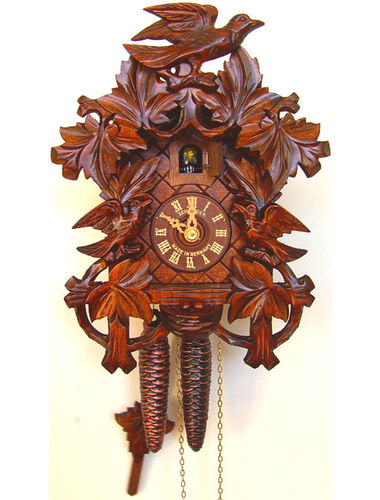